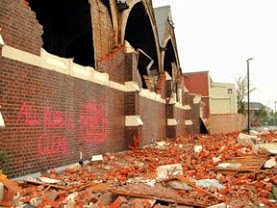 Enjoy the trip.
Posted by Keith Westwater at 10:05 PM