On the map it’s a runny nose
dripping Florida’s Keys
into the Gulf of Mexico.

But when the Beach Boys sing Kokomo
I still join in – Key Largo, Montego…
Come on pretty mama
That’s where you wanna go…

Although you can’t say Everglades to me
without large birds flapping their gantry wings
as they fly away from the evil
that slithers into the swamp
near those ghoul-like cypress trees
dreadlocked in Spanish moss.

And you can’t say Lake Okeechobee
without me seeing the mass murderer
who is really innocent
running through the lake-edge water
looking over his shoulder and tripping
when he hears the sound
of the blood hounds
that he can’t see through the mist
that parts then shrouds
the spectral trees.

And if you say Miami to me
I say vice, Don Johnson
the film whose names I can’t remember
with the Florida chapter of the mafia
that the Chicago Godfather
wants to rub out/pencil in
for an unstable alliance
between the New York bosses
and the Cuban connection
that morphs to the Pelican Brief
that changes into Scarface
starring Al Pacino.

I say it’s the front tooth of a mouth
which is really a womb
annually spawning several children
each with chainsaw limbs
only one eye
and a murderer’s heart.


This poem appeared in Tongues of Ash.  Visit Tuesday Poem for more poems this week.
Posted by Keith Westwater at 8:06 AM No comments:

Tuesday Poem: Today, there are twenty-three

The sky is light-weak,
wearing another winter’s
manifest on a sleeve
abstained by blue.

The street’s address
is solid Golden Mile,
where Versace, Gucci,
and Swarovski sup with
the Saatchi brothers.

It is voting season too,
the season of evasion,
sanitised reports,
lies disguised as promises,
squabbles about deciles
of squalor, poverty, jobs,
housing, inequality;

during which politicians
will make the brothers
even richer.

On Golden Mile
beggars squat.
Today, there are twenty-three
between Manners Street
and Parliament.

Dead leaves
scuffle round their feet.


We are just coming into New Zealand's winter and we have a general election in September. Hopefully (or perhaps not), the poem says it all.

I'm also the hub Tuesday Poem editor this week, and the poem I've chosen is "Quail Flat, 1960" by Kerry Popplewell. Check it out at the main Tuesday Poem blog, and don't forget to check out the poems in the sidebar as well!
Posted by Keith Westwater at 12:01 AM 4 comments:

No One Home came into being on 28 February, 2018. The publisher, Submarine (an imprint of Makaro Press) describes it as follows:

"No One Home tells the story of Keith Westwater growing up in 1950s New Zealand. At age seven  he loses his mother to a botched operation and with her death loses a place to call home. So Keith and  his brother take to the road with a gambling father, staying with relatives when their father can’t have them and enduring a stepmother who like a fairy-tale witch ‘disappears’ the boys when she’s had enough of them.

As the boys make their way through ‘the motherless woods’, Keith draws mental maps of all the places they call home, from Oruru in the far north to halfway down Auckland’s Dominion Road.

In No One Home Keith draws the maps and writes the poems to open up the memories he locked away as a boy to stop himself feeling sad. An unsentimental collection that tells a story steeped in the people and places it comes from."

Felt intensity was released on 15 November, 2015. It is published by Submarine Poetry, an imprint of Makaro Press. The work has received several favourable reviews, excerpts from which are:
– "...a series of excellent poems that go well beyond the personal." Goodreads
– “Westwater’s verses are resplendent with detail that punches out physical settings and descriptions that make us hold our breath.” takahē magazine
– "A fine balance is struck by Keith Westwater, and different worlds mix together to create a pleasant experience." Booksellers NZ

The poems are mainly to do with landscape, place, memories of place, the physical world, the environment and notions of 'home'. The publisher calls it "travel" poetry as it is also about my personal journey through time and place and my travels within New Zealand and overseas.

Readers have called it "beautiful and touching" and "a wonderful collection of poems". A review of the book appeared in the Otago Daily Times:   Hamesh Wyatt's reviews.

Marking Time: poems from Army days is a chapbook that I self-published in 2008. The collection contains 10 poems that are centred on memories and recollections from my days in the New Zealand Army. Five of these poems later appeared in Tongues of Ash.

The cover, which I designed myself, includes a photo of the Regular Force Cadet School’s December 1966 Graduation Parade. Other photos appear on pages throughout the work, which is printed on high quality paper. I used the imprint ‘Thing One and Thing Two Publications’ for the collection.

How to buy copies of books

In Person
if your our local bookshop doesn't have the book you want to buy in stock, they should have no problem getting hold of it through the publisher, or Wheelers. 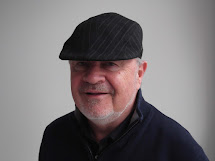 I began writing poetry in 2003 while attending a 'Writing the Landscape' course at Victoria University of Wellington. Since then my work has appeared in Landfall, JAAM, Snorkel, Idiom 23, and other publications and has received or been short-listed for awards in New Zealand, Australia, and Ireland. Prizes for my poetry include an equal first place in the 2006 Yellow Moon Spirit of Place competition and first place in the International Tertiary Student Poetry section of the 2009 Bauhinia Literary Awards.