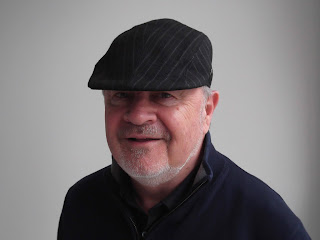 I began writing poetry in 2003 while attending a 'Writing the Landscape' course at Victoria University of Wellington.  Since then my work has appeared in Landfall, JAAM, Snorkel, Idiom 23, and other publications and has received or been short-listed for awards in New Zealand, Australia, and Ireland. Prizes for my poetry include an equal first place in the 2006 Yellow Moon Spirit of Place competition and first place in the International Tertiary Student Poetry section of the 2009 Bauhinia Literary Awards.

I am a third generation Pakeha New Zealander whose forebears came from Scotland and Ireland and settled in the Waikato and Coromandel. I was born in Morrinsville, have one older brother, and my childhood was spent in Northland (mainly Wellsford) and South Auckland (Papatoetoe). When I was 15, I joined the New Zealand Army as a Regular Force Cadet (Parkinson Class) and spent the next three years based in Waiouru Military Camp on the North Island's Volcanic Plateau.

I am married and have two children and five grandchildren (all boys).

The awa and maunga I feel most connected to are the Waikato River and Ruapehu.

I attended Canterbury University on a NZ Army sponsored public service study award and gained a B.Sc in Geography. I also attended Christchurch Teachers College (secondary division) and was awarded a Diploma in Teaching. I completed a postgraduate Diploma in Education at Massey University and a Master of Letters in Creative Writing in 2009 through Central Queensland University, Australia.


The mahi I do for money

My working life has centered on teaching and adult education through learning and development in the workplace. After leaving the NZ Army, where I held positions as a Teacher, Education Officer, Chief Instructor, and Training Manager, I spent 18 months at the State Services Commission in the Training and Development Branch. Following this, I was a self-employed learning and development consultant.  For seven years, following the September 4, 2010 Canterbury earthquake, I worked as a Training Manager for the Earthquake Commission. I am currently a Product Manager for Careerforce, an Industry Training Organisation (ITO) for New Zealand's health and wellbeing sectors.

As well as writing, I enjoy watching cricket and rugby (and chastising referees), partaking of good food and wine in the company of friends, gardening, and travelling to new and familiar places. More recently, I have developed an interest in digital art and composing digital paintings that interpret poetic imagery.